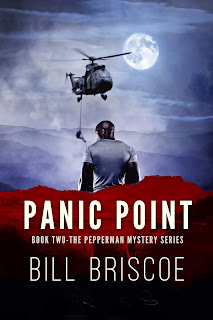 When Earl's bride Morgan vanishes in the Smoky Mountains on their honeymoon, the former Navy SEAL is certain she's been abducted. The park rangers disagree, and after a storm washes away any potential evidence, they call off the official search. Then another man loses his daughter in the same area. Can one last lead help Earl find Morgan before he loses her forever?

Panic Point is definitely a read that puts you on the edge of your seat! Starting from the very first chapter when Earl finds his new wife, Morgan, missing from their campsite. Even with the flashbacks that show the sweet and tender moments of how Earl and Morgan met and their enchanting courtship, Panic point will leave your knuckles turning white as you flip through the pages to uncover what happened to Morgan.

I love Early. He is as hard headed as they come and finds it difficult to sit and wait while the search team tries to find his missing bride. He's strong, brave, and determined. He doesn't think twice when it comes to uncovering what happened to Morgan, and his willingness to do anything to find her just proves how loyal of a guy he is.

I was definitely expecting Panic Point to turn into some sort of secret, special ops mission. But the ending certainly packs a punch when the big reveal happens as to who took Morgan. There were definitely elements to this book that I wasn't anticipating, and for that I quite thoroughly enjoyed being surprised. I thought the plot itself was so well developed. Panic Point could have easily been a movie with how well the scenes were written.

Panic Point is perfect for those that love thrillers and action. Grab a bucket of popcorn and sit back! You're in for quite a ride! 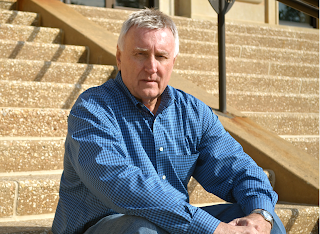 Bill grew up in the oil and gas refinery town of Phillips in the Texas Panhandle. After graduating from college with a master’s degree, he spent most of his career working for a major insurance company as an agency manager and consultant.
As his retirement was on the horizon, he had an idea about a book. That story, Pepperman’s Promise, became the prequel to The Pepperman Mystery Series, and Perplexity and Panic Point, the next two books in the series, are now available.
Bill and his wife of fifty years live in West Texas. 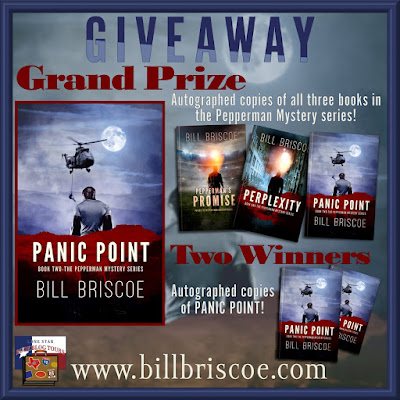 CHECK OUT THE OTHER GREAT BLOGS ON THE TOUR: