The Problem with Parallel Novels 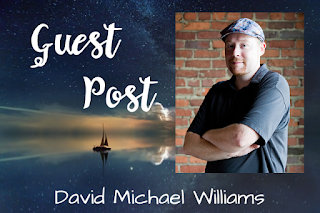 Full confession: I didn’t plan to write a parallel novel.

I didn’t set out to write a series either. I thought I was working on a stand-alone novel when I first started writing If Souls Can Sleep. However, after writing the first scene from my fourth protagonist, I realized that if I were to include all of these subplots in a single book, I’d probably exceed 1,000 pages.

Worse, I’d surely bewilder the reader along the way.

Knowing serious restructuring was in order, I forced myself to choose whose story Book One would be and what aspects would have to wait until Book Two of the emerging series (The Soul Sleep Cycle).

Then, when I wrapped up If Souls Can Sleep, I had a decision to make: at what point in time should Book Two begin?

Chronologically, most sequels take place after their respective predecessors — a day, a month, a year. Book Two typically shows what happens next; likewise, Book Three will pick up where Book Two left off. If an author wants to explore backstory, he or she can pen a prequel, which takes place before

It’s all rather straightforward — until one introduces the notion of a parallel novel.

A parallel novel overlaps a previously published book. The two stories could unfold simultaneously, covering the exact same span of time. At the very least, there must be some portion of the stories that take place concurrently

I could have made my life easier by making Book Two, If Sin Dwells Deep, a traditional sequel. The reader could have been introduced to the characters I took from Book One through their activities following the epilogue of If Souls Can Sleep.

Or so I thought.

I am now convinced there’s a good reason parallel novels are the exception to the rule: they are exceptionally challenging to write.

The most obvious obstacle is time itself. If key plot points from Book One happened a week apart, then they must happen a week apart in Book Two. I might need to add a scene to fill time or remove one to condense it to adhere to the predetermined timeline.

On a more granular level, I included a handful of scenes that were shown in Book One, but in Book Two, they are reported from a different perspective. In those instances, I had to make sure words and gestures remained consistent between the two novels.

Some of you might be thinking, “Reusing scenes? That’s cheating!” Or maybe you’re recalling the time when author Stephenie Meyer decided to write a companion novel to Twilight, which would retread the same ground as the source material, only this version was to be from Edward’s point of view.

As a reader, I wouldn’t want to revisit the same story with a slightly different bent. I wouldn’t want to as a writer either. Every sequel — whether a successive installment or parallel novel — has to walk the fine line of reviewing information and reminding the reader versus repeating content.

A parallel novel should be strong enough to stand on its own, a complete narrative in its own right. I took If Sin Dwells Deep a step further, writing it in such a way that it could serve as an alternate entry point into The Soul Sleep Cycle.

One of the characters I snatched from Book One didn’t get her stage time in Book Two. Does that mean Book Three of The Souls Sleep Cycle is destined to become a parallel novel to its two predecessors?

If Dreams Can Die (scheduled for release in spring 2019) must move the story forward and present a satisfying conclusion to the series, resolving plots and subplots revealed in Books One and Two.
I’m not sure I’ll ever have a reason to write another parallel novel. However, if the narrative ever demands it, I feel better equipped to navigate the inherent hurdles. Having said that, I’m not going to exactly seek out another opportunity.

In fact, once I’m done with this series, I’d love to turn my attention to something self-contained. Sagas, like The Renegade Chronicles and The Soul Sleep Cycle, require a huge commitment of time and mental energy. It might be nice to try something simpler.

Then again, that was my goal when I started my first draft of If Souls Can Sleep, and look where that led me. That’s the beauty of writing, I suppose. Whatever comes next — even if it’s another parallel novel — it’s bound to be an adventure.

David Michael Williams has suffered from a storytelling addiction for as long as he can remember. His published works include The Renegade Chronicles and The Soul Sleep Cycle, a genre-bending series that explores life, death, and the dreamscape.


If Sin Dwells Deep is available for pre-order here: www.amazon.com/XXXXXXX